What Is a Piano Fake Book?

In order to completely understand what a fake book is, it's important to understand where it comes from. A fake book is a collection of lead sheets which were originally developed for jazz players in the Baroque Period. In jazz, improvisation is essential. However, writing out a whole song in the traditional style would take too long, so the musicians would simply jot down the general chords in the song alongside a very basic melody.

When they played the song on the stage (which was usually for the first time) they would throw in their own improvisations as the song progressed. As a result, the same song played twice would not necessarily sound the same.

Jazz musicians find using fake books convenient because they can be played in different keys. They also come in the different clefs for the various instruments in the band.

Nowadays a fake book can be found for almost any music genre and instrument imaginable, though they could be considered most popular among piano and guitar players.

Fake books of lead sheets are made up of two basic aspects - the melody of the song and the chords (known as changes). Fake books can also be found to have guitar tablature.

Depending on the instrument played, the chords and melody can be interpreted differently by each musician.

However, in order to read these fake books, a musician must have a decent amount of knowledge and experience to interpret what G9 or Gt means.

These symbols (like G9 or Gt) represent a collection of notes that make up a specific chord.

This symbol is placed above the melody notation so that you have an idea of when to play the next chord, much like guitar tablature.

Did you know that fake books used to be illegal around the 1960’s? This was because popular songs were written down in fake books and passed along from musician to musician without payment or credit to the copyright owners/artists.

One of the most well know fake books is ironically called The Real Book which has a collection of the most popular jazz songs of the time. Thankfully owning a fake book has now been legalized and you can now own your own version of The Real Book while paying the legal owners and composers their due.

Fake books are incredibly useful today for gigging musicians and bands that need to fill up two hours or so of playing time. There is a wonderful variety of fake books that you can get that give you the latest hits to the most classic jazz pieces, but you can also get books focused on specific bands like The Beatles or The Rolling Stones.

As great as these type of music books are, they would not be recommended as a good place to start for beginners. Without a fair knowledge of music theory and notations, the notes and chord symbols will make little sense to an inexperienced piano player. Even as a knowledgeable musician, the chord symbols need to be learnt almost by heart in order to play them comfortably while accompanied with the melody.

If you are a piano player, you'll need to learn to identify notes in both clefs on the staff and locate them on the keyboard. You will also be able to decipher and play at least a few chords while playing the melody and chords together.

Work with your piano teacher to help you master these basics.

Having said that, once you have a good idea of how to read a fake book you can literally learn a single song overnight (depending on how experienced you are). This is great if you get bored of playing the same songs over and over again.

Now that you have a better idea of what a fake book is, why don't you give it a try? There are many free versions and samples available on the internet to have a look at. 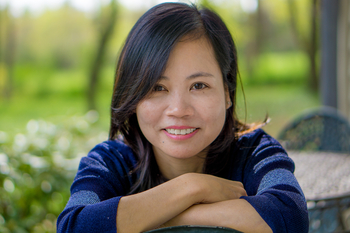 How to Use a Metronome for Piano Practice

Try These Off Bench Exercises To Reshape Your Piano Playing

The Importance of Warming Up Before Piano Practice