7 Ways To Make It In The Music Industry

For some musicians, the journey to the top can be long and winding. For others, it can take the form of a random YouTube video that goes viral. Adele was discovered after her video was posted online by a friend. Even before YouTube, R&B songstress Toni Braxton was reportedly discovered singing and dancing while filling up at a gas station. In the modern age, being discovered has become a lot easier!

True, technology has made it easier to record and post demos online. You can even do that with your smartphone now. But with over 400 hours of YouTube material and more than 3.3 million Facebook posts every minute, its gotten a bit crowded to say the least.

Even if you do get the right people to listen to your music, making the big leap from an average career playing to a breakout recording artist is a feat very few will manage.

If you're really serious about it, here's a list of the 7 things you can do to make it in the music industry.

It sounds disingenuous, but you have to record a piece that you put out there. Don’t rush into releasing the song for the sake of it. Make your first impression count by making it unique. Whatever song you records, whether original composition or someone else's song, try to make it your own.

Promoting your music exclusively offline used to work, in the last century. Twenty years later, without an online presence, you are virtually invisible to the world.

Those social media followers end up on your site, where you can nurture and eventually convert them into loyal fans. With free, open source website building resources like Wordpress, you can have your very own website fast.

Remember, you don’t own the content you post on social networks. Your online presence is at the mercy of the people who own the social media sites. You can also lose your followers, likes, views, and shares if you neglect your profile.  Why not build your own website and use social media to promote your content.

Not for the first time, technology has conspired to wreck a perfectly legitimate way of making a decent living off your honest craft. Album sales are no longer the golden ticket they once were. It has simply become too easy for people to consume music without really paying for it. Musicians cannot simply rely on enough album sales to become rich.

And let’s face it, you need to be a really big brand to convince people that walking around in a t-shirt with your name and image pasted on the front is the coolest thing to do. Concerts and live shows are about the only viable income source emerging music talents have.

You may not fill large venues, but with enough effort, you can make a decent living playing at festivals and gigs around your city. For that to happen, you need to work hard on your performance skills. Hiring a good vocal coach may not be a bad investment. Better still, seize every opportunity to play in front of people, even when they are not paying. It’s the only way to exercise your stage skills.

5. Have an Alternative Income Source

No new musician expects wants to struggle for a long time before they can earn a decent living. However, the majority do just that – struggle to survive the dry years.

It is quite possible you will not get enough gigs to even pay your rent, let alone buy gear and instruments. Many successful musicians struggled before they made it.

So, it's ok to wait tables when you would rather be entertaining the diners. You can even give music lessons. It is a lot easier to nurse your passion when you have enough money to cover your basic living expenses.

Don't forget, it will take money to pursue your passion, so an alternative income source is essential.

One thing is for sure, negative energy will kill your music career even before it has taken off.  Remove from your circles all the people who whine and moan without bringing any solutions to the table. You don’t need a team to tell you every day how tough it is to make it in today’s music industry. You know that already. Negative people will only sap your energy. Look for cheerful people who, even in the face of challenges, always look on the bright side.

When you eventually score a hit, stay grounded. Tragically, quite a few have done so but quickly descended back into obscurity, or infamy, because they let their newfound fame go to their heads.

It is almost inevitable that music success will be accompanied by considerable bumps in income. Sudden wealth can be difficult to handle for people unprepared for it. Prepare yourself for eventual success and know how you will deal with it once you get there. It will not be a bad idea to invest the money from your first hit wisely, because you may not score another one. 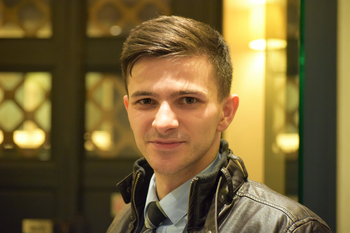 About the Author: Brian Collins

I am a classically trained singer who believes that every instrument requires maintenance - including the voice! I started my professional music studies at the age of 8 and competed in and won several local and state piano competitions. I graduated with honors and earned my Bachelor of Music Education in 2003, and since then I have studied with famous musicians and teachers around the world. I have also completed hundreds and hundreds of voice lessons, exploring various methods, and attended countless seminars on voice coaching for all ages.

10 Steps To Writing a Hit Song

How Music Improves Your Memory

How Long Should Music Lessons Be?

The Benefits of Improvisation When You're a Musician