Fender vs. Gibson – Which Guitar Is Better?

Being a guitar player is...let’s face it...pretty cool. And among guitarists, there's nothing that can cause more trouble like the ever-raging debate between the Fender and the Gibson. Although many professional guitarists have their allegiances to one of these manufacturers, there is no doubt that both produce A-grade quality guitars. But how do you choose one over the other as a beginner or, maybe even, a loyal believer in one or the other?

Fender vs Gibson: What's the Difference?

When you compare the different bodies, you will notice shapes that are easily distinguishable. These distinct shapes also influences the aesthetic value and the tone of the sound.

A Gibson’s body is thicker in comparison to the Fender. This results in the Gibson having more place to resonate; providing a fuller sound. The Fender has a thinner and more delicate sound.

Fender’s tonal qualities are mainly influenced by the wood used for the body. Using ash and alder wood gives the Fender guitar a medium, slightly brighter tone to work with. And both kinds of wood are fairly light, which adds to the appeal of the Fender.

On the other hand, Gibson is mostly known for using mahogany in the production of their bodies;  a denser wood compared to ash and alder. By using denser wood, the Gibson guitar provides you with a darker and warmer sound.

Although Fender and Gibson are available with a broad range of pickups and switching options, their pickup arrangements are another difference.

A Fender is equipped with three single-coil pickups at the neck, middle, and the bridge. These types of pickups usually sound a lot brighter and crisper than other pickups; as well as providing a sound that cuts through dense band mixes.

In comparison with the Gibson’s two humbucker pickups at the neck and bridge, there is one downside to the single-coil pickup. They’re prone to generate hum noises caused by electrical interferences. There are several things you can do to eliminate this buzz. Humbuckers, on the other hand, were designed to eliminate these noises and produce a deeper sound.

An important difference between the Fender and the Gibson is their scale length. This refers to the distance between the top nut and the bridge saddles. Fender usually uses a longer scale than the Gibson. This has an impact on the playability, including the type of sound produced.

A longer scale length means more space between the frets and greater string tension. This makes the Fender a little more challenging to play. It does, however, help to produce a brighter sound.

On the Gibson’s shorter scale, the different tones you get from the strings are closer together and to an extent responsible for its rounder sound. This scale also makes string bending (a basic guitar technique where you push the string over the fingerboard) easier on a Gibson.

A shorter fingerboard radius means the guitar’s neck has more of a curve at the back.  A longer radius will give you a flatter neck. It will all come down to what you prefer while playing. But what does this mean for you as a guitarist?

Gibson has a flatter fingerboard profile than the Fender and makes it more comfortable for most guitar players, especially for lead guitarists. They have more solo time on stage. Most of the Fender guitars have a shorter and curved radius.

Even though the fingerboard radius plays a huge role in making the Gibson feel different from the Fender, it all comes down to what you prefer and find most comfortable in the long run.

What Do These Differences Mean?

The differences between the Fender and the Gibson will affect how you play your guitar and the sound it produces.

With the Gibson’s fat neck, your fingers might have to work harder in moving over the fingerboard. But because the strings appear to be at a more even height, you will be able to play faster than on the Fender.

With the differences between the pickup configurations, the single-coil pickups of the Fender tend to sound more bright and crisp; making it more ideal for blues, funk, and country styles.

The deep sound of the Gibson has lent itself more to the metal, hard rock, blues, and jazz styles. But at the end of the day, there are no set rules about what works best for the different musical styles in the industry. The tone you want to produce is a personal thing and both guitars have proven to be versatile.

But Which One is Better?!

Guitar players could sit and argue all day long about the electronics, shape of the body, or the pickup configuration. But at the end of the day, both Fender and Gibson produce a quality product that is versatile and serves a variety of needs.

You know what you like and want to achieve as a guitar player, so choose the one that suits you personal preferences. The reality is, a guitar is your tool to make music with and there are no strict rules you have to follow. If it feels right to you and sounds good, you got yourself a winner! 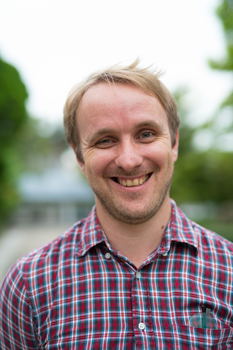 17 Valuable Things to Know About Learning The Guitar

How To Help Your Child With Guitar Practice

Taking Guitar Lessons as an Adult? It's Never Too Late!

How to Restring an Acoustic Guitar

How to Improve Your Guitar Playing Speed