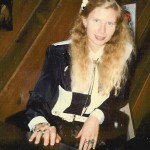 Elizabeth C. Axford, M.A. is an award-winning songwriter, composer, arranger, pianist, author, and piano instructor. The owner of Piano Press Studio, Liz has written and published hundreds of piano arrangements. She has had numerous placements of her solo classical piano performances, instrumental arrangements, and original songs in films, TV shows, videos, and commercials. Her recordings have been heard during new episodes of network and cable TV shows, newscasts, syndicated TV shows and reruns, TV movies, movies shown on TV, and TV commercials on over 50 networks and streaming services. Film placements include The Chosen One starring Rob Schneider and Steve Buscemi, Amazon Prime Video's In Search of Walt Whitman, Britain's Favourite Sweets, Sol LeWitt: Wall Drawings, The Sacred Bee, and numerous independent films screened at film festivals worldwide. Her music can also be heard on over 800 digital compilations, CDs, website videos including those for well known magazines published by Hearst, retail store background music, video games, apps, ringtones, greeting cards, and gift items. Liz is an active member of ASCAP, NARAS, SCL, CMA, NSAI, NAMM, MTNA, MTAC, SONG-U, and TAXI. She has voted on and attended The Grammys since 2000 and numerous industry events since 1989. During her 20-year tenure (1990-2010) as NSAI Regional Workshop Coordinator and founder in Miami, FL and San Diego, CA, Liz was responsible for over 300 monthly songwriting workshops, showcases, and special events. She has received service awards from NSAI, songwriting awards, and seven ASCAP PLUS Awards. Liz has an M.A. in Music from San Diego State University and a B.A. in Music from the University of Illinois. Her first industry job after graduating college in 1982 was with the Mark Foster Music Company. During her 38 years of teaching studio piano and voice, Liz has held numerous biannual recitals with her students. Her teaching studio received the Best of Del Mar, CA award 12 years in a row from 2008-2019. From 2011-2019, she facilitated 70 online music and arts courses for the University of Phoenix. Liz is the author of Traditional World Music Influences in Contemporary Solo Piano Literature, Song Sheets to Software - A Guide to Print Music, Software, Instructional Media, and Web Sites for Musicians, and Music Apps for Musicians and Music Teachers, published by Rowman & Littlefield and found in libraries worldwide.

There are no reviews yet for this teacher. Be the first to review Piano Press Studio