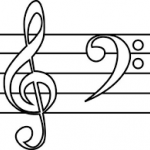 Nicholas Hay is an operatic bass-baritone from NJ. Mr. Hay started singing at a young age and has not looked back since. He has sung in various venues such as Boston Symphony Hall, Carnegie Hall, the Kimmel Center in Philadelphia, the Academy of Music in Philadelphia, Merkin Concert Hall, and the 92nd Street Y to name a few. Mr. Hay's roles include Zuniga in "Carmen", Rocco in "Fidelio", Antonio & Bartolo in "Le Nozze di Figaro", Peter Quince in "A Midsummer Night's Dream" to name a few. Mr. Hay has appeared with Opera Philadelphia, Baltimore Opera Company, dell'Arte Opera Ensemble, the Peabody Opera Theatre, and The Opera Festival of New Jersey.

Mr. Hay is a graduate of the Peabody Institute of Johns Hopkins University where he earned his Bachelors and Masters of music degrees. While attending Peabody Mr. Hay studied with tenor and radio personality Wayne Conner. He is currently studying with bass-baritone Mark Moliterno.

"Mr.Nick has been teaching me for quite some time. He teaches songs in different languages which include English, German, Italian, and French. He helps me pronounce the words from other languages very fluently. He says lots of great compliments about me during my class time. While teaching international songs, he translates the meanings for the words. I am really enjoying his class. I would recommend Mr.Nick to all my friends."

Nick is a wonderful vocal teacher with a pleasant disposition. He has been providing me with voice lessons for more than a year. I have much improved with his help. Having someone who can bring their own vast vocal experience and musical knowledge is a huge bonus. Encouraging and very patient!"

"Throughout the last year I have seen a huge improvement in my singing and music theory skills. At the beginning of my lessons I was not able to site read or do tonal memory, now I can do both successfully! Also I have worked my way up to sing arias! He is a wonderful teacher! "