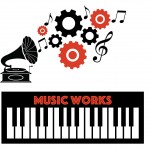 Heather Korn is a Beatrice native and a 1992 graduate of Beatrice High School. She began her musical career in Beatrice at age 6. She was actively involved in many honor ensembles and productions at Beatrice High School. She earned her bachelor of music degree in voice from Coe College in 1996 and her master of music degree in voice from University of Nebraska-Lincoln in 2000. She has been a full time private music teacher for over 20 years in voice, piano, saxophone and beginning guitar. As a teaching artist her professional career has taken her all over the United States, Europe and the West Indies.

In high school, she performed in choir, marching, concert and jazz bands and the Nebraska All-State Chorus. She was also an active member of the Beatrice HS Speech and Drama department. She continued choral and instrumental music in college performing in the Coe College concert band, jazz band and concert choirs where she was a regularly featured soloist. In 1996, she lived in New York City where she worked as an intern with the Education Department of the Metropolitan Opera Guild and studied music, theatre, dance and art. She graduated with her bachelor of music degree in vocal performance with performer's certificate from Coe College in 1996. She was accepted into the San Francisco Conservatory of Music in 1997. In 1998, she performed in Mondsee, Austria with the Berkshire Choral Festival. She graduated from the University of Nebraska - Lincoln School of Music in vocal performance in 2000 and moved to Las Vegas, Nevada in 2001.

All lessons paid in advance monthly or by semester.

All ages and levels of students.

Please see the "Lesson FAQ's" page on my web site for more information on ages for starting instruments in my studio.

There are no reviews yet for this teacher. Be the first to review Music Works