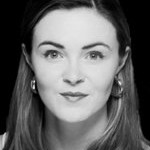 Bianca Herbert is an in demand performer, adjudicator and clinician for top music festivals, music educational festivals and concert series around the U.S. She is currently a member of the Aurora Music Teachers Association, the Colorado State Music Teachers Association, the Music Teachers National Association & the Denver Musicians Association. She has been teaching piano, violin, viola and cello for over 15 years. She attended the University of Northern Colorado for a BA in Music studying piano, strings & voice. While at UNC, she was an integral part of the Orchestra, Opera, Musical Theatre, Theater & Jazz Programs where she was also awarded various Downbeat Magazine Awards.

Bianca, along with her husband Joe, formed a professional music group called Groove Society. The group has appeared at major international festivals across the Mainland U.S., Hawaii, and Canada. Groove Society has shared the billing with or opened for top artists including Bonnie Raitt, Herbie Hancock, Bobby McFerrin, The Neville Brothers, Paquito D’Rivera, Freddy Cole, Patty Austin, The Rippingtons, The Dirty Dozen Brass Band, Styx, and many more.

She was also the Entertainment Manager at one of Colorado’s most popular tourist attractions. She produced & directed several musical revues and performed in over 700 shows involving an eclectic range of music from the 20th century including the roaring 20's, 40’s big band, classic rock, R&B, and rock & roll. Bianca was also involved in a promotional for a sister station for NBC and has done commercial and studio work for select companies around Colorado including the WB network and Comcast Digital cable.

Ages 6 - Adult
Both children & adults are welcome. I have students of all ages in my studio!

There are no reviews yet for this teacher. Be the first to review Bianca Herbert - Colorado Music Lessons