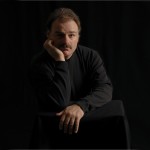 Robert Scott Stanton’s musical education began at the early age of 5. He studied in his early years at the San Francisco Conservatory of Music and later privately for several years with composer and pianist Julian Maurice White – featured in Who’s Who and former student of Egon Petri. He later enrolled in Piano Performance and Composition at San Francisco State University studying piano performance with William Corbet Jones and composition with Richard Festinger PhD. In addition he attended Master Classes with Karl Ulrich Schnabel and private sessions with world renown composer Robert Helps.

Mr. Stanton uses his university and private study experiences as a template for his approach to teaching. Music styles range from Classical to modern pop and light jazz. Since everyone learns at a different pace and has their own unique needs and abilities Robert tailors lessons with various approaches to suit the student’s needs and interests.

Stanton’s performing experience spans 35 years in both Contemporary and Classical music in venues and studios throughout the western United States and Europe. He has been influenced by such greats as Chopin, Liszt, Schumann, Schubert, Debussy, The Beatles, Jean Luc Ponti and a host of others.

As a composer, Robert brings many styles of music to the forefront of entertainment industry. While he is clearly successful in venturing outside the box, his particular style of music is new wave/contemporary which includes smooth jazz, romantic music and easy listening.

Modern Pop; classical; light jazz; theory; sight reading; composition - both serious and pop music.  Robert is also well versed with a number of modern digital keyboards and their use.

Ages 6 through adult - beginners through advanced

There are no reviews yet for this teacher. Be the first to review Robert Scott Stanton