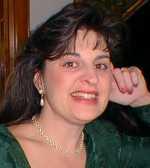 Ms. Gail Heywood has taught preschool to adult music classes, and private and group music lessons since 1981. A native of Connecticut, Ms. Heywood acquired a Bachelor of Arts Degree, majoring in Music Education, from Central Connecticut State University in 1981. Ms. Heywood launched her professional career performing and recording with the Sam Kimble Band between 1979-1983 playing keyboard and backup vocals. From 1980 to 1986, Ms. Heywood was a Music Therapist at The Institute of Living in Hartford, Connecticut. At this time, she also performed (both on stage and as accompanist) in several musical productions put on by area Hartford theatre groups.

Since 1986 Ms. Heywood has operated her own private studio, specializing in instrumental instruction in woodwinds, guitar, keyboards, and voice for students ranging between ages 4 through 90. Her professional career continues with several local civic, school, and church groups. She devised, and for three years conducted, a budget less but complete music curriculum for K-8 students at St. Philip School in Rudolph, Wisconsin. She also has directed and produced three major musical productions. Heywood is the choir director at St. Bartholomew Church in Stevens Point, Wisconsin as well as filling in at several other churches in the central Wisconsin area.

Ms. Heywood is an active member of the Music Teachers National Association (MTNA) and the American Guild of Music. She earned the "Award of Excellence" in 1995, 1997,1998, 1999, 2007 and 2009 from the Wisconsin Music Teachers Association (WMTA). Ms. Heywood has served on the board of the local and state chapters of WMTA (membership secretary, local association President and two-term state president). Ms. Heywood is also active as a clinician and adjudicator for several arts organizations and local civic groups.

I have degrees in Liberal Arts from Bay Path Junior College and a Bachelors Degree in Music Education from Central Connecticut State University. I have been operating a private music studio in Central Wisconsin since 1991.

I operate two studios, one in Rudolph and one in Stevens Point.
Thirty minute lesson rate is $21.00--payable either monthly (in advance) or by the semester (discounted)


Music materials are not included in tuition for private lessons. Class tuition rate does include all lesson materials.

I offer group preschool classes to ages 4-6 using the Music For Little Mozarts curriculum. I also offer a recreational music making class for adults. I offer private instruction for ages 6-adult. A free introductory interview/lesson is available to assess skill/aptitude and develop a personalized curriculum to meet student's desires/needs.

There are no reviews yet for this teacher. Be the first to review Gail A. Heywood, NCTM