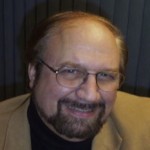 Paul Hoffmann, pianist, conductor, and piano teacher for over 30 years at Rutgers University in New Brunswick, NJ, a master of Austro-German and French repertoire, as well as 20th Century literature, made his debut at the Vienna Konzerthaus in 1973 while on a Fulbright grant to Austria, and has since concertized extensively in the U.S., Canada, Europe and Asia. Also a champion of modern repertoire, he is founder and director of HELIX! New Music Ensemble of Rutgers University which is in its twenty-third season of concerts. In addition to his solo concerts, he currently concertizes as soloist and in two professional duos, one with Tom Goldstein, percussionist, in the Hoffmann/Goldstein Duo, and one with Karina Bruk, pianist, in the Bruk/Hoffmann Piano Duo.

Some reviews:
FRANCE
"Paul Hoffmann succeeded with a brilliant program for piano. While evoking a magic, transparent atmosphere, his touch proved to be sensitive, energetic, or coloristic, as the situation demanded." - La Nouvelle Republique
GERMANY
"Paul Hoffmann most brilliantly rendered Franz Schubert's 'Wanderer Phantasie.' His technique is admirable, his crystal clear touch absolutely accurate. At the same time, he knows how to express even the faintest and most delicate nuances. He carves out the individual voices like a sculptor." - Chiemgau Zeitung
AUSTRIA
"Regarding the interpretation of Scriabin's and Prokofiev's sonatas, the musician outdid the excellent technician." - Wiener Zeitung
NEW YORK
"'Yetzirah', by Morris Cotel, [is] rhythmicaly as well as harmonically enormously complex and dramatic . . . Hoffmann played it brilliantly." - Christian Science Monitor
RICHMOND
"Pianist Paul Hoffmann played the 'Concord' Sonata twice last weekend in Richmond. That he played this piece at all is noteworthy, that he played it extremely well both times is extraordinary . . . Hoffmann played with incredible technical assurance and great spiritual insight. [He] showed me things in the score I had not found even with the help of a number of recordings." Times-Dispatch
NEWARK
"a sensational performance!" - Star Ledger


Hoffmann has studied with some of the world’s greatest pianists and pedagogues - Leon Fleisher, Cecile Genhart, Dieter Weber, Kurt Neumüller and Brooks Smith. His own piano students have won numerous awards in various local, national and international piano competitions and he is highly sought for his ability to teach the traditional classical and more modern repertoire equally well.

He is a U.S. judge for the 2013 International Piano Competition of the World Piano Teachers Association held in Novi Sad, Serbia. In the past, he has served on the jury of many local, national and international piano competitions including the New Jersey Symphony Orchestra Concerto Competition, and was the first U.S. judge to be invited to the prestigious Concours International de Musique Contemporaine pour Piano in 1983 and 1986.

Professor Hoffmann has given masterclasses in Salzburg, Austria (Mozarteum), Halle, Germany (at the 2012 Euro Arts Festival), and in Torino, Italy (University of Turin), in Taiwan (National Sun Yat-Sen University) as well as many places in the U.S.

Mr. Hoffmann is currently Professor of Music at Mason Gross School of the Arts, Rutgers University, where he teaches piano, chamber music and directs the contemporary music ensemble, HELIX! New Music Ensemble, which he founded in 1990.

FREE audition.
Lesson discounts available.
(I teach privately in the West Orange area, in the Somerset area at the address above as well as on the collegiate level at Rutgers University, New Brunswick where I am a full professor of music.)
Contact me at (908) 421-6969 for further details.

Ages 13 through adult. Exceptions made for extremely talented younger students.

Piano Teachers Society of America - current member and winning teacher for the past 30 years. Winning students perform in Carnegie Hall.

Lifetime Achievement Award given by the Piano Teachers Society of America in Carnegie Hall, 2001.

My students have won local, national and international piano competitions for the past 20 years.

I studied with some of the world's greatest piano teachers and have been inspired by all of them in different ways:
Leon Fleisher at Peabody Conservatory in Baltimore, Maryland
Dieter Weber at the Hochschule fuer Musik in Vienna, Austria
Kurt Neumüller at the Mozarteum in Salzburg, Austria
Cecile Genhart and Brooks Smith at the Eastman School of Music in Rochester, New York.
Also in masterclasses/lessons with Rudolf Serkin (Curtis Institute), Theodore Lettvin (New Hampshire and Rutgers University), and Jeanine Dowis (Aspen Music Festival and School).

I would not be the pianist/musician I am today, nor have the career I do if it weren't for Prof. Hoffmann. I studied under him from middle school through college. He is the teacher I aspire to be. - applied artist of Northern Illinois University

Prof. Paul Hoffmann is an excellent piano teacher with highly professional teaching technique and wonderful personality. His vast knowledge of piano literature in all periods and interpretation in various style inspire students to learn and seek more.

My entire approach to the piano has changed significantly this year resulting in vast improvement.

He has taught me so much, not only about piano, but also about persevering, and how to be a musician and an artist.