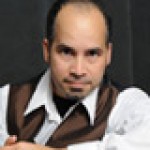 Raised in the traditions of Afro-Cuban and Puerto Rican music, Orlando Cotto learned to play the conga drums when he was just five years old. He has since developed a successful career as a marimbist and percussionist. As a student, Orlando has the dual distinction as the first marimbist to receive the Artist Diploma from the Peabody Conservatory of Music and to win the Yale Gordon Concerto Competition. He was also recognized as the most outstanding student while studying at the Conservatory of Music of Puerto Rico. For his achievements is music, the Mayor of his hometown Cayey has honored him as a distinguished resident.

According to the San Juan Star, Orlando is "an artist of musical sensitivity and accomplished technique." As a solo marimbist, Orlando unites his solid classical training and Latin American background to create a powerful combination of rhythm and music previously uncharted in the marimba world. He regularly performs at international festivals, including Percussive Arts Society International Convention, and conducts workshops and master classes in colleges and universities throughout the United States. He has also been invited to perform in Asia, Mexico, Trinidad and Tobago and Central American.

A sought-after performing and recording artist, Orlando has collaborated with music legends of this generation, including Darin Atwater, Andy Gonzalez, Giovanni Hidalgo, and Edwin Colón Zayas. On the congas, Latin Beat magazine calls Orlando’s “solid conga drumming . . . a percussive pillar.” He has been the conguero of Panoramic, a fusion band lead by pan virtuoso Liam Teague.

His first solo marimba recording Caribeños – Latin American Music for the Marimba received critical and popular acclaim. Percussive Notes praised it: “The immediacy and vitality of the music on [Caribeños] impresses the listener from the very first selection.” His subsequent recordings A Little Prayer paid tribute to his classical training whereas Wild Hands demonstrated an amalgamation of his creativity, classical training and Latin roots. Orlando’s newest CD Landmark - Afro-Cuban Music for the Marimba features artist Michael Spiro and Juan Alamo. Orlando is a performing artist endorsed by Yamaha, Pro-Mark, Sabian and Latin Percussion. He is a faculty member at University of Delaware.

Fee for lessons are:

Fee for group lessons are:

3 to 4 students one hour $100 this rate is great for small group of students that wants to work on Afro-Cuban ensemble styles.

I believe that it is never to late to learn how to play any musical instrument. My youngest student is 5 and my oldest is 73 and learning thing rhythms every week.

There are no reviews yet for this teacher. Be the first to review Orlando's Home Studo