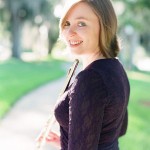 Central Floridian Elsa Kate Nichols is pursuing her Doctor of Musical Arts degree at the University of Arizona, under the direction of Brian Luce. She previously served as a graduate teaching assistant and member of the Fred Fox Graduate Wind Quintet, the university’s premier student chamber ensemble. During their time together, the quintet competed as national finalists for the Music Teachers National Association Chamber Music Competition, and they took a 3-week, 12-concert tour of China in December 2014. Kate has been recognized as an award-winning flutist by organizations such as the Texas Flute Society, where she was a semi-finalist in the Myrna Brown Flute Competition, and the Florida Flute Association, where she placed third in the college young artist competition and had been named finalist in previous years. She has also participated in several summer music institutes including the Round Top Festival Institute.

Kate holds a bachelor’s degree in music performance from the University of Central Florida, graduating cum laude and with University Honors after studying with Nora Lee Garcia. She has had the privilege of working with both national and international flutists, performing in masterclasses for artists including Bonita Boyd, Jeffrey Khaner, Susan Milan, Ransom Wilson, and Carol Wincenc. She has served as principal flutist in the Sierra Vista Symphony Orchestra, the Texas Festival Orchestra, the Arizona Symphony Orchestra, and the University of Central Florida Symphony Orchestra. Additionally, she had the privilege of serving as substitute flutist for the Bach Festival Orchestra of Orlando. Kate also enjoys performing in pit orchestras, performing for shows such as Arizona Onstage’s summer 2014 production of Les Misérables. Outside of her time spent in larger ensembles, Kate has also performed as a freelance musician in the Central Florida and Tucson area.

Lessons open to all ages and levels of experience (elementary-adult)

There are no reviews yet for this teacher. Be the first to review Elsa Kate Nichols