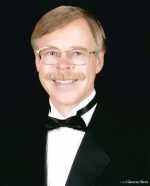 Dr. Stephen Fiess, DMA, NCTM and Mr. Neal Wegener, NCTM are nationally certified by both Music Teachers National Association and the National Guild of Piano Teachers; and have been established as High Range Piano for almost 30 years.

Mr. Wegener holds a Bachelor of Sacred Music degree from Phillips University, as well as additional studies at Westminster Choir College in Princeton, New Jersey, the University of Colorado, and Texas Christian University in Fort Worth. Both Dr. Fiess and Mr. Wegener serve in church music positions in the Raleigh area.

In addition to piano teaching and church music, Dr. Fiess is active as a performer in the United States and Canada, has published piano solos and duets in both countries, and continues to compose for both keyboard and choirs, as well as giving lecture/recitals on 19th and 20th century art & music, including the music of 20th Century composer Sergei Prokofiev, whose music is the subject of a published textbook authored by Dr. Fiess.

Please contact us for rate information and to schedule a complimentary interview!

Both Dr. Fiess and Mr. Wegener express gratitude not only to many fine teachers and performers who have been significant musical influences, but also to the many outstanding colleagues in the Music Teachers Assocations who have enriched and broadened their musicianship and teaching.

I'm a 48 year old new student that is just starting on Piano. Mr Fiess and Mr Wegener are both wonderful professional teachers that I would highly recommend. They have both been very patient, very encouraging and very positive. They take their teaching very serious, but are very kind.

I cannot begin to express how much Dr. Fiess helped our two sons become wonderful classical pianists. Both now are out of college and working. Neither went into music as a career but they still play and have a love of classical music. The boys played Rachmaninoff duets and Dr. Fiess was able to bring out their apparent natural talent. Stephen also became a family friend. Tom and I give him the highest rating as a piano teacher and a person! we are so glad our kids learned piano from Dr. Fiess