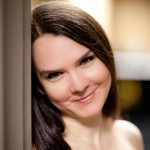 Natalya Ageyeva has dazzled audiences throughout the United States and internationally, including Italy, Austria, and Israel, as well as on tour in her native Russia. Her performances have also been broadcast several times locally on KING-FM in Seattle and televised in Moscow and Chicago. She has appeared at a broad range of venues, including the Governor's Mansion in Olympia, Carnegie Hall in New York, Benaroya Hall in Seattle, and the Rachmaninoff Hall in Moscow. Her pianism prompted one reviewer to write "Immediately apparent was a tremendous technique at the command of a sharp musical intelligence and fingers of steel."

Ageyeva began formal piano lessons at the age of thirteen when she was accepted by the prestigious Special Music School for Talented Children in Moscow, and graduated with honors in the Masters Program from the world-renowned Tchaikovsky Conservatory in Moscow, where she studied with Valeriy Kastelsky. While at the Moscow Conservatory, Ageyeva was offered extensive solo and orchestra appearances throughout the former Soviet Union.

She completed her doctoral degree at the University of Washington with distinguished pianists Bela Siki and Robin McCabe. She has also worked with well-known pianists John O'Conor, Victor Merjanov, and Helene Grimaud, and collaborated with conductors Vladimir Vais, Alexander Rudin, Peter Erös, and Michael Miropolsky.
Ageyeva previously taught at Moscow Conservatory and University of Washington, and has adjudicated piano competitions in Chicago, Seattle, and Vancouver BC.

Ageyeva is the Founder and Artistic Director of the Russian Chamber Music Foundation of Seattle. It is starting its seventh successful year of bringing high-level chamber music to the Seattle area. In addition to growing the Foundation, she is currently focusing on her solo career, chamber music performances, and teaching.

My method is very individual for each student and I enjoy teaching different age levels!

There are no reviews yet for this teacher. Be the first to review NatalyaPiano