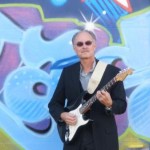 Music for me is simply a life-long love! My very first gig was when I was 10 years old playing drums in my brothers band jamming out to Ventures and basically surfer music. I started playing guitar when I was 8 years old and eventually moved on from Ventures music to The Beatles, Led Zepplin, CSN, Allman Brothers and then finally to Al Di Meola and Larry Carlton and so many others. I felt compelled to learn more about music and graduated from the University of New Mexico with a Classical Guitar Performance degree in 1986. Classical Guitar music goes back to the 15th & 16th centuries but I really needed to join the 20th century so I moved to Hollywood to attend Musician's Institute and the Guitar Institute of Technology(GIT). I Graduated in 1987. GIT is like a business vocational institute for musicians and it was fantastic. I got to meet and attend performances from many of my guitar idols and in some cases I got to play with them, too.        Over the years I have performed at the Tennessee  Inaugural Ball in 1998 for Bill Clinton's second inauguation plus TV, radio, studio, night clubs, hotel gigs, private parties, weddings & receptions, arts & crafts fairs, art gallery openings, business functions, etc, etc.      My solo guitar and vocal performance includes Contemporary Acoustic Guitar, Core Classical Guitar from Renaissance & Baroque to Spanish Romantic to Contemporary arrangements of Classic Rock tunes( Beatles, Classical Gas, etc.), Jazz & Jazz Fusion plus excellent vocal music including Beatles, Crosby,Stills & Nash, James Taylor to Garth Brookes & Keith Urban plus numerous light romantic tunes, some spanish ballads, some Flamenco Style pieces and some original music. I try very hard to provide a versatile music performance that can be appreciated by most age ranges and musical tastes. From "Bach to Rock" John P Martinez will provide music for all Occasions!  GUITAR LESSONS,TOO!  Additional Great Reviews, too:     Jen Mines's Review Jen Jen Mines , married on 09/22/2018  5.0 View more John was fantastic!   John Martinez was the star of our wedding. As recent arrivals to Santa Fe, we decided to opt for a guitarist rather than a dj and it was one of the best decisions we could have made. John played for several hours and a variety of music selections. He also worked closely with us in picking our first dance song. John's experience with playing weddings was obvious after our first meeting and was extremely helpful in helping us in organizing our music selection (a big plus since my wife and I were really unfamiliar with the process). John played at our wedding for several hours and my family/friends were constantly asking how we were able to find such a great guitarist. Hands down, he was a great wedding addition and we were really happy with his performance.

Playing guitar since 9 years old, teaching guitar since 1989, Graduated from University of New Mexico in the Fine Arts Program with a Degree in Classical Guitar Performance in 1987and Graduated top of class from Musicians Institute in Hollywood, Calif. at Guitar Institute of Technology in 1988. The Classical Guitar Program focused on Classical Guitar Pedagogy from Renaissance to Baroque to Romantic to Contemporary Classical Guitar. The GIT Program was primarily focused on Single String Technique  and Music Theory with an emphasis on Jazz and Jazz Fusion and Rock. I have had many students young and old from many backgrounds and abilities and am happy teaching all levels of players and I am well known for fast tracking students to a place that they can actually play music and improve their guitar performance skills.

I am happy with all skill levels but I will insist on close parental participation with very young students.

I am primarily a Classical Guitarist by trade but Contemporary Music is fully in my wheel house with music ranging from JS Bach to Fransisco Tarrega to Led Zepplin to Pink Floyd to Jazz Standards to Flamenco Style and much more. My Classical Guitar Performance Degree in 1987 helped me establish a solid Classical Guitar fingerstyle technique. My Electric and Acoustic Guitar style and technique range from solo guitar and vocal shows and have included numerous ensembles including many Rock Bands and Jazz Style Groups. My Vocational Degree from GIT in Los Angeles seriously improved my Electric Guitar skills but I was already an advanced guitarist when I entered that program. I have performed at many high profile gigs including Bill Clinton's 2nd Inauguration as a featured performer at the Tennessee Inaugural Ball plus TV, Radio, Studio and Corporate activities, as well. I am currently and active performer and receive lots of private gigs and I still love doing public event performances.

There are no reviews yet for this teacher. Be the first to review John P Martinez