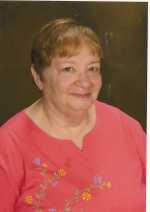 My teaching style is recreational. It is informal and laced with humor whenever possible. It is also student centered. My students pick the songs they like best in whatever kinds of music they like the most. Scales and exercises are held to a minimum. I take into account their heavy class schedules and after school activities and try to make the music assignments doable as well as enjoyable. We have piano "parties" where the students share what they have been working on with their friends. Parents are invited once a year for a recital. Students do not have to play but they are required to show up to listen, learn and support those who do play.

Beyond the typical lesson:

I help my students with girl and boy scout badges. I help them with their selections for talent shows. I coach them with pieces in orchestra or band with their secondary instruments and I coach them in voice with emphasis on intonation, phrasing and diction. During piano parties I accompany them on their secondary instruments or supervise lessons where their friends accompany them. Making music an integrated part of their lives increases motivation and enjoyable outcomes.

I began studying piano at age five and had thirteen teachers by the time I was thirteen because we moved around so much. My fourteenth teacher was Norman Fraunheim who was a student of Padereski who studied with Chopin!

I received a general music degree from the Michigan. In addition to piano, I minored in violin and spent all four years in either the chorus or orchestra. I also got 47 credits beyond the music degree which included courses in English, Sociology and Psychology as well as advanced courses in Music.

In addition to teaching and subbing in public schools I went to several summer camps to teach music theory, piano and drama.
I also went as a college student to learn how to produce plays and coach as well.

I have taught piano for more than 50 years.

Seven to adult. If the six year old student is exceptional and can handle the discipline involved in taking a half hour piano lesson, I may, after an audition, accept him in my class.

as a child I won Music Guild award of Superior

as a student at Transylvania Music Camp (now known as the Brevard Music Center) I won an award for being in the top 10% of the class.

I have been accepted in Biltmore's Who's Who.

I published a beginner's book in piano titled BIG NOTES FOR LITTLE FINGERS.

I am partial to the Classics and Jazz. Having played violin in several orchestras, I am also partial to much symphonic music and frequently teach from transcriptions so my students can get the feel of playing like an orchestra. One of my pet projects is letting the students see the video of THE NUTCRACKER SUITE at the Christmas party and have them play the music in January. Fortunately, the music is published at several levels so even the little ones can participate and enjoy it.

I am also a techie addict. I will record songs for them to practice right on their cell phones so they have access to the aural examples 24/7. I encourage them to listen to certain songs on youtube and get them to verbalize the differences in interpretations of the same song played by two or more pianists.

Mrs. Baldwin is a wonderful teacher. I studied with her after moving to California as a teen. She took me where I was at (namely, a rough-around-the-edges yet eager piano student), and introduced me to Sonatas by Haydn, the intricate rhythms of Scott Joplin's Ragtime, and many different styles in-between. Her piano parties were always a blast (p.s. she gives out goodies!). She is very innovative in her teaching style, as well as warm, welcoming and humerous, not harsh and dogmatic. She is a professional musician as well as a teacher, and was able to assist me on my quest to become a professional accompanist and church musician. I believe I was her first student to go to college as a piano major, graduating from Chapman University with a BM in Piano Performance. She helped me obtain my first church pianist position back in Irvine, and has been a huge source of encouragement over the past 20 years.