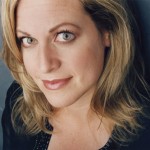 Buffy offers voice lessons and masterclasses throughout the greater San Francisco Bay Area. Buffy is also available to teach while on the road as her performance schedule permits.

Buffy believes that singing should be fun and focus on each student finding a healthy way to produce their own, unique sound. She is familiar and comfortable teaching a variety of vocal styles including Opera, Musical Theater and Pop. All lessons concentrate on breathing, support, production and presentation. Lessons are taught in her El Cerrito home studio or in your own home (travel fee may apply).

Master classes can be designed with your particular group in mind and will address not only the needs of the individual singer but include concepts that everyone in the class can apply whether it be technical work, interpretation or performance practice. Buffy is also experienced leading round table discussions about the business of singing and is available for career consultations.

California native Buffy Baggott has gained recognition throughout the United States as an accomplished and highly versatile lyric mezzo soprano. She studied vocal performance at UCLA and San Francisco State Universities, went on to complete two apprenticeships with the Santa Fe Opera and is an alumnus of the prestigious Lyric Opera Center for American Artists, now known as the Ryan Opera Center. Opera Center performances include: Angelina in La Cenerentola, Soloist in WTTW’s Opera Philes concert at Ravinia and Carmen at the Grant Park Music Festival for which she received rave reviews. Performances at the Lyric Opera Chicago include most notably: Carmen in the matinees of Carmen, The Schoolboy in Lulu, Stephano in Roméo et Juliette, Dryade in Ariadne auf Naxos, Flora in La Traviata, both Second Lady and Third Lady in productions of Die Zauberflöte, Siegrune in Die Walküre and Mrs. Hayes in Susannah.

Hailed as “a phenomenon of vocal and dramatic intensity” by the San Francisco Chronicle in 2006 for her performance in Chrysalis by Clark Suprynowicz and John O'Keefe, Ms. Baggott continues to make her mark in twentieth-century music. The mezzo created the role of Hennakh in the world premiere of Shulamit Ran’s opera Between Two Worlds (The Dybbuk) with the Lyric Opera Center, appeared in Tobias Picker’s Emmeline, seen on PBS in April of 1997, and previewed the role of Triraksha in Santa Fe Opera’s workshop production of Ashoka’s Dream. She was a primary soloist for the San Francisco Stockhausen Festival, Concertante di Chicago (in Bernstein’s Arias and Barcarolles), Chicago Symphony Orchestra’s Berlin touring production of Moses und Aron, was named “best actress in a musical” for her work as Mrs Lovett in Spokane Opera’s production of Sweeney Todd, played Noye’s wife in Noyes Fludde and created the role of the moustachioed Baroness von Botzenheim in Harry Silverstein’s new production of The Good Soldier Schweik (both for Chicago Opera Theater).

The role of Carmen is Ms. Baggott’s signature role. She has performed it with LOCAA, the Lyric Opera of Chicago, Arizona Opera, Pamiro Opera, France’s Festival Lyrique de Belle Ile en Mer, Festival Opera, Berkeley West Edge , Spokane and Manitoba Opera companies. Reviewers have compared her performances of this character to an “animal stalking it’s kill”, “a vamp”, “a lithe siren” and “Cleopatra spiced with nearly every role Dietrich ever played…” Not one to be typecast, she has also sung the comedic roles of Tisbe (Cenerentola) in Hong Kong, Helen (The Beautiful Helen of Troy) for Light Opera Works and Diana Devereaux (Of Thee I Sing) for the Chicago Humanities Festival.

From 2000-2006 Ms. Baggott sang Charlotte in Festival Opera’s production of Werther (for which the company won “Best Operatic Production by a small company” from the San Francisco press), debuted with Portland Opera as Nicklausse (Tales of Hoffman), Opera Grand Rapids and Tulsa Opera as Maddalena (Rigoletto), Michigan Opera Theatre and Sacramento opera as Orlofsky (Die Fledermaus) and Carmen with Manitoba Opera. She made returns to the Lyric Opera of Chicago (LOC) for various productions including Carmen, Die Zauberflöte, Susannah, Die Walküre and Wagner’s Ring Cycle. In addition she performed a highly acclaimed Mrs. Lovett in Arizona Opera's production of Sweeney Todd, returned to Canadian Opera Company (COC) for Maddalena (Rigoletto) and Siegrune (Die Walküre) and sang the world premiere of Chrysalis with Berkley Opera. The summer of 2006 found her performing Schwertleite and covering Flosshilde and First Norn in COC’s Ring Cycle. In 2006-7 she returned to the LOC as Inez in Il Trovatore, performed Sonyetka in Shostakovich’s Lady MacBeth of Mtsensk and Flora in La Traviata with the COC. 2008/09 performances include Flosshilde (Das Rheingold) in her San Francisco Opera debut, The Dresser/Schoolboy/Groom in Lulu with LOC, Mother/Witch in Hansel and Gretel with the DuPage Symphony, Narrator in Rumplestiltskin for the Chicago Cultural Center, Siegrune in Die Walküre with the Los Angeles Opera and Flosshilde in Das Rheingold with the Indianapolis Opera. 2010/11 performances include Cherubino in Le Nozze di Figaro, Siegrune in Die Walküre and Siebel in Faust for Hawaii Opera Theater; Siegrune for Los Angeles Opera’s Ring Cycle; Desiree in A Little Night Music for St. Petersburg Opera Company; 2011/2012 Third lady (cover) in Die Zauberflöte for The Lyric Opera of Chicago; Carmen in The Carmen Fixation and The Komponist in Ariadne auf Naxos for Berkeley West Edge Opera; Maddalena in Rigoletto and Berta in Il barbiere di Siviglia for Sacramento Opera.

Recent and upcoming performances include: Zita in Gianni Schicchi for Sacramento Opera, Second Secretary in Nixon in China for San Francisco Opera, Mrs. Lovett in Sweeney Todd for St. Petersburg Opera, Miss Jessel in Turn of the Screw for Berkeley West Edge Opera, The Mother in Hansel and Gretel and Meg Page in Falstaff for Opera San Jose and Alto Soloist in The Verdi Requiem for the Stockton Symphony. She can be heard on the Santa Fe Opera recording of Emmeline and Cedille Records recordings of The Good Soldier Schweik, The Billy Collin’s Suite and In Eleanor’s Words: Music of Stacy Garrop.

Ms. Baggott served on the Bay View Music Festival's voice faculty from 2009-2012 and maintains a private voice studio in the San Francisco/Bay Area. She is a member of AGMA, NATS and The East Bay Opera League.

Master Class
Rates are negotiable depending on venue, class size and duration.

Travel Fee
Within East Bay: $10
Outside of East Bay varies depending on mileage.

There are no reviews yet for this teacher. Be the first to review Baggott Voice Studio