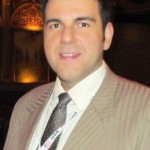 I am a qualified and professional music teacher with a high level of experience and a zest for sharing my passion for all things musical. Well acquainted with the music syllabus, I hold a strong belief that music can change lives for the better. I seek to equip students with the piano performance, popular accordion music, composition and theoretical skills that will see them excel no matter which path they take in music. I am a person with 14 years International teaching experience in three different countries.

Learn to play whatever you like, I can teach you. You will learn to play and read the music notes, to compose own pieces, play by ear, Solfeggio, Music theory, History of Music and much more...

First lesson is free of charge!

I suggest to all my students one lesson per week. I offer 30 min and 60 min lesson depending on the level.

I teach all ages, all levels, begginers to advanced.

•           Proclamation for “The most successful teacher” in the International competition from

•           President of the Association of Accordionists of the Music School in Brcko, Bosnia and

“I'm looking for those moments when I see the student progress; and I feel that we made it together. I can't find that feeling anywhere else in the world... ”

Everyone, at some point in their life’s, had a teacher that made studies more interesting, and as a student you always had more motivation and drive to succeed. To show the appreciations for such a bond, not only would you strive to objectively learn the material but you would excel at it. Personally I would like to thank Bratislav for being a great teacher, motivator and overall a great friend. If you have the will to learn, he will take care of everything the only thing you have to do is practice and have faith in him.

Bratislav is amazing. He puts me at ease and understands what I need as a student. I've learned some very challenging music that I would have found intimidating otherwise. And we've never met in person! I've learned from Bratislav over Skype. He breaks the music down into smaller pieces and custom makes videos for me to practice to. I highly recommend him.

Bratislav is an awesome teacher! He makes difficult things much easier for me. His unique teaching system is fabulous. He is a very generous teacher with his knowledge and passion with our lessons.

My name is Jusuf, my son is Aldin he is 11. Just recently started class with Bratislav and has learned a lot with him. Bratislav is a great professor. Very encouraging, and very helpful to Aldin. He goes out of his way to make sure Aldin learns. Bratislav very nice and very professional. I would highly recommend Brastislav to anyone who wants to begin playing the accordion.

For the past two years I have been fortunate enough to study with one of the best accordion teachers around. Bratislav is a true master of his instrument and also possess the kind of patience, sensitivity, and understanding that is required to teach skillfully. I would recommend Bratislav to anyone that is looking to improve not just at their instrument, but also their ability to listen and appreciate music in any form.