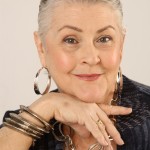 My name is Anne and I've been a voice teacher since 1976. I received my Bachelor's Degree from UMBC in Performing Arts with a concentration in Singing and Acting Voice. In 2001, I began seeking training for the non-classical singer, which is known as Contemporary Commercial Music or CCM. In 2002, I became a Certified Master Teacher in Estill Voice Craft. This approach to singing is based on Voice Science and research and is applicable to all styles of singing. Still wishing to feed my hunger for pedagogy approaches, I studied Somatic Voicework (tm) The LoVetri Method and became certified in 2007. I continue to study the various approaches to singing for the Musical Theater as well as other contemporary genres of music.

In addition to my musical education, I studied Theater Arts at American University in the late 60s and continue to seek further training as time permits. I've had some training in Sanford Meisner Technique and some on-camera work with John Pallotta which I hope to continue in the very near future.

I teach technique for most vocal genres including Musical Theater (including belting), Classical, Jazz, and Country.

I teach all ages and all levels.

I am certified in Estill Voice Craft and Somatic Voicework, The LoVetri System. Both approaches address the needs of Contemporary Commercial Music styles.

There are no reviews yet for this teacher. Be the first to review Anne Cronvich Voice Studio