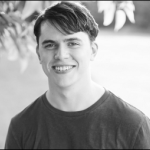 Aaron Willett, a native of the small town of Merryville, Louisiana, is a Low Brass and Musicianship educator at The Dallas School of Music. Growing up in a musical family, Aaron knew early on that he would seek a career in music. After graduating high school, he began a degree in Euphonium Performance and the University of Louisiana at Monroe. Although he enjoyed performing in several groups throughout college including the ULM Wind Ensemble, ULM Tuba-Euphonium Ensemble, The Sound of Today Marching Band, and even a performance with the Monroe Symphony Orchestra, Aaron decided during his sophomore year to switch his major to Music Theory and Composition and seek a future as an educator. Although he focused primarily on theory studies and composition lessons, he continued to work with his Low Brass teachers, Dr. Micah Everett and Dr. James Layfield, all throughout his undergraduate career. Aaron is also a founding member of the Eta Iota (ULM) chapter of Phi Mu Alpha Sinfonia, a national music fraternity. After receiving his Bachelor's Degree from ULM, Aaron set his sights on graduate school. In 2014, he was accepted to the world-class Southern Methodist University to study Music Theory Pedagogy. He is currently completing his second and final year in the program, with aspirations of eventually completing his Ph.D. in Music Theory. Regardless if a student is holding an instrument, sitting at a piano, or singing, Aaron's teaching style revolves heavily around developing musicianship. If a student has been performing for 10 years or 10 minutes, a continuing effort toward becoming not only a better performer, but an overall better musician is the focus of Aaron's lessons. Outside of teaching music, Aaron is an avid vinyl record collector, golfer, and football fan. He also has been playing guitar and drums for over 10 years, and enjoys playing for recreation. Aaron enjoys life with his fiancee, Audrey, and their dog, Juno.

Ages 5 - 105 For piano, guitar, drums, and bass guitar, I teach mostly beginners and those who are just learning about playing music. For trombone, euphonium, and tuba, I teach any skill level from beginners to advanced students.

There are no reviews yet for this teacher. Be the first to review Aaron Willett - Dallas School Of Music