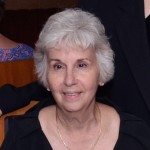 I am passionate about music, piano in particular. Once I decided that it was time for me to start teaching it, I knew it was time to seriously expand my knowledge of the theory and the history of my favorite topic and my technique in performance.

My goal is to have every student become proficient in performance, knowledgeable in the history of music, and have an understanding of the composition of the music so that they can become independent musicians, able to translate Everything in the score to the sound that they produce.

My life has always included music in singing from age 5, listening to all genres all my life, playing piano and organ manuals from age 10, and singing in choirs from age 11. I have been a church musician, for more years than I will admit to, playing organ, piano, accompanying vocalists, choirs, directing adult and children's choir.

Sometime in the late 1990's I started teaching and haven't looked back since.

One last comment is my love for ensemble music and how it helps students to take a solo instrument that involves many isolated hours of practice and gives them an opportunity to make music with a group of other students who all play piano too. I have been directing piano ensemble groups for many years. These groups then perform for audiences of 300+ each year at the annual Texas Music Teachers Convention each June.

The basics of note reading were instilled in my as a young child, which made it fairly easy for me once I started studying piano. I was trained by Mrs. Antoinette Roebuck, Austin TX through high school. Since that time, I began a fairly intense study of theory with Mr. Don Harris, Spring TX. That in turn led me to what is now known as Lone Star Community College System where I studied Piano Performance, Theory and Sight Singing/Ear Training with Dr. Earl Holt, Sight Singing/Ear Training and Music History with Dr. Todd Miller before transferring to Houston Baptist University to complete my undergraduate studies. It was there that I met Mr. John Hendrickson, Artist in Residence, who became my teacher in piano performance, piano literature, ensemble coach and finally my mentor. Dr. Daniel Kramlich was my most beloved teacher of theory for those years as well and Dr. Rhonda Furr who pushed me to ultimate limits to maintain an A in Music History.
Other teachers, too numerous to list, have been such great influences in my music education as well.  I achieved my goal of becoming a NCTM, Nationally Certified Teacher of Music.
Continuing education is a major part of staying in touch with current technology, the latest teaching techniques and methods. At the present time, I am enrolled to be certified as a teacher of the Ultimate Music Theory Course which was designed to teach students through the highest levels of theory in Canada for their examinations.

My primary focus is one that leads to Classical works composed by the Masters of the Baroque, Classical, Romantic and Contemporary eras. This includes, but is not limited to composers such as Bach, Scarlatti, Corelli, Handel, Haydn, Mozart, Beethoven, Clementi, Kuhlau, Chopin, Schubert, Schumann, Liszt, Debussy, Rachmaninoff, Joplin, Copland, Gershwin, Roger & Hammerstein and the list goes on.
Classical music is the basis of Western music. Today we include African, Caribbean, Latin, Middle Eastern and Far Eastern cultures in our music, so that is also a part of what I teach. Dance music and soft Rock music as well as music from the 1940's - 1960's finds a way into my teaching. Movie, TV and Broadway music fits in as well.
Because I am a church musician, you know, that has to have a place as well.

There have been a few students who were so advanced in motor skills and reading that they were actually ready to begin lessons at age 3. That is unusual and I don't recommend it as a general rule.
My students range in age from 6 years old to 55 years old, but could certainly be extended to much older. Younger students are welcome if the motor skills, reading skills and focus or temperament are there.

NCTM = Nationally Certified Teacher of Music. This is a certificate issued by Music Teachers National Association once a teacher has passed a battery of tests relating to history, theory, business practice, pedagogy and so forth, and has demonstrated through critiqued performances that they are proficient to teach students.
I personally have never entered competitions so hold no win, place or show titles. However, my students have taken all of those titles and trophies.
My claim to fame is maintaining an A average throughout my college career.
I am a member of Music Teachers National Association, Texas Music Teachers Association, Cypress Creek Music Teachers Association, National Federation of Music Clubs, Texas Federation, Tejas Junior Federation Music Club and Piano Proficiency Examination is a new part of my curriculum.
Up until 2014 I have served as an adjudicator or judge of numerous festivals and competitions in the local area.

I have been influenced in music by my family who frequently held soirees on Sunday afternoon when family members gathered to share whatever there chosen instrument was.
Country music singers hold a special spot in my youth, German polka music was part of my youth. Then growing up in the age of Rock & Roll, the Beatles, Elvis Presley to mention a few, were huge. Ah, the crooners like Perry Como, straight from Houston TX, Bing Crosby and too many to enumerate enlivened my young life. Some of my favorite music growing up was the smooth harmonies of such groups as The Platters. I also learned Ballroom dancing as a youngster. That is where I learned to love the rhythms and melodies of Latin music such as Cha-Cha, the Rhumba and the Mambo.
My most memorable music though was the music I listened to as I went to sleep each evening. The music of Mendelssohn, Brahms, Wagner, Chopin, Tchaikovsky. The list goes on and on, and on.

There are no reviews yet for this teacher. Be the first to review Dorothy L. Kirkpatrick